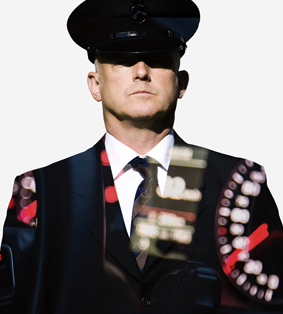 It took on its current name in 1904, when The New York Times moved its headquarters to the area.

The tradition is still going, and nowadays more than a million see it in person (along with many more on television all around the world).

3. By law, Times Square’s buildings must have a minimum amount of display lighting.

The unique regulation is intended to preserve the area’s reputation for glitz and bustle.

That’s the most of any US attraction. Although we have to say this: if 60 million people go to New York City each year, that means 10 million of them manage to come here and somehow not visit Times Square.

5. The largest crowd in its history—an estimated 2 million people—celebrated US victory in World War II on August 14, 1945.

That celebration was the site of the famous Alfred Eisenstaedt photo of a sailor kissing a nurse.

6. Times Square had its darker days dramatized in movies like Taxi Driver and Midnight Cowboy.

More recently, the HBO show The Deuce took its turn doing so.

7. Revitalization and investment in the 1990s and 2000s turned the area into a booming tourist destination.

These days, it’s a great place for families and home to popular stores, restaurants and shows.

8. The area became largely car-free in 2009, with temporary pedestrian plazas and the closing of Broadway to automobiles.

9. Around 340,000 pedestrians pass through Times Square on a typical day.

Our Limousine services “Limo-house” will help to see New York! Call us or reservation on-line